Maryland Avenue between Marburth Avenue and Aigburth Road will be closed to traffic.

Come and enjoy food, games, LIVE MUSIC, raffles, and hanging with your neighbors!

A $5 – 50/50 and a Raffle with great prizes including gift cards to Season’s Pizza, Magooby’s Joke House, 7 West Bistro, French Press, Towson Nails, About Faces, and MORE!!!

Hope to see you there!

Thank you to our friends who contributed raffle items. Please patronize these fine establishments to say “Thank you for supporting the Aigburth Manor Association of Towson.” 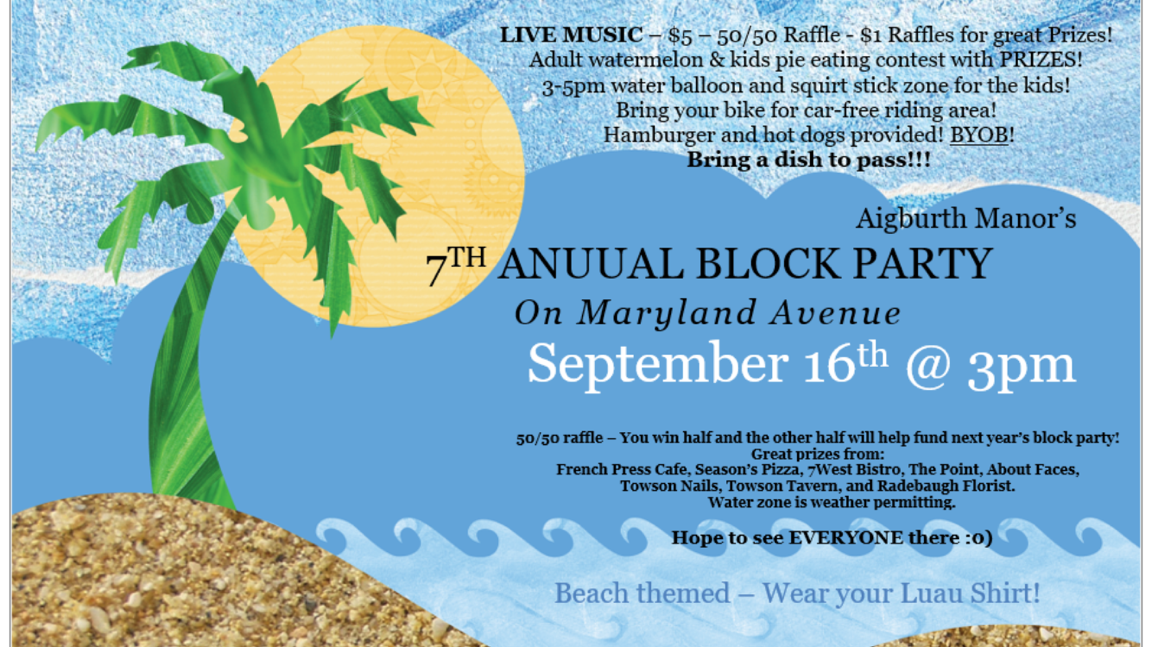